Why are people pretending that it is so hard to define women? I am a human person who happens to have a female reproductive system. That makes me a woman. An adult human female.

It doesn’t “reduce me to my genitals”. It says my female body, which is a coherent biological system, not an assemblage of random parts, is the criterion which makes me part of the category woman.

Men have always known who to exploit for sexual, reproductive and domestic labour, but when they want to appropriate the category, suddenly we’re an indeterminate cloud of pink glitter with no clear boundaries? Piss off.

Woman has a clear biological definition, and it’s an important political category, because our biological differences and capabilities are precisely the reason for which we have been oppressed. How dare anyone suggest that we don’t even rate a word for ourselves?

I’m sick of the closet misogyny involved in trying to ‘deconstruct’ this. I’m sick of the attacks on infertile women, women who’ve had hysterectomies, intersex women, menopausal women.

I’m disgusted by people who in one breath call me a uterus-haver or a menstruator – dehumanisation redux – and in the next try to claim that saying a woman is an adult human female is reductionist. I’m not a collection of body parts.

Notably, these people are not talking about erection-havers or entesticled persons. They talk about men. That should tell you everything you need to know about this male supremacist shit.

Women go through three life phases: girls who are pre-menarche, fertile (menstruating) women, menopausal women. Maiden, mother, crone. We used to worship this and now we try to pretend that it doesn’t exist. How dare you say that women aren’t entitled to a word for ourselves?

Some women have fertility problems. Intersex women have disorders of sexual development, usually caused by a missing or additional X chromosome. They’re not some sort of monstrous hybrid which disproves sexual dimorphism, and they have material struggles to face.

I’m sick of people suggesting that intersex conditions make it impossible to draw a boundary around women. Actually it’s really easy. The thing that triggers male sexual development is the SRY (sex-determining region), a stretch of genetic material on the Y chromosome.

If that acts normally, a foetus will be androgenised at about 6 weeks and male sexual development will result. If it’s not there or doesn’t function, then development will be female or similar to female.

CAIS women, for example, are XY but are insensitive to androgen, so although the SRY region ‘fires’, they don’t respond to the androgens. Externally they develop as female, and will be sexed and socialised as girls. They should be considered women.

Very rarely the SRY region gets detached from the Y chromosome and a copy ends up on an X chromosome or autosome in a sperm cell, and an XX foetus with a functioning SRY region results. This results in a male.

But here’s the thing. The boundary around women is for women to decide. How dare men come along and tell us that we have to include some of their number because they ‘identify’ as women?

What gives some trans philosophers the right to ‘amelioratively redefine’ woman, so that they can shoehorn their way into a category they don’t belong in? Who do they think they are, and ameliorative for whom? It’s injurious for women, and we’re done with this shit.

How dare males assume that their gendered fantasy of what a woman is has anything to do with the reality of being female and should be allowed to trump it in law? This isn’t progressive. It’s sexist, male supremacist, reductive garbage. https://t.co/UFtkEK8qLF

But erasing woman as a category, removing our protections, our spaces, our sports, our representation, so you don’t ever have to confront that, is an unreasonable demand. The answer is no. You need your own word and your own category.

A reminder that the erasure of women qua women is extreme sexism, virulent misogyny. Nothing could be less progressive. 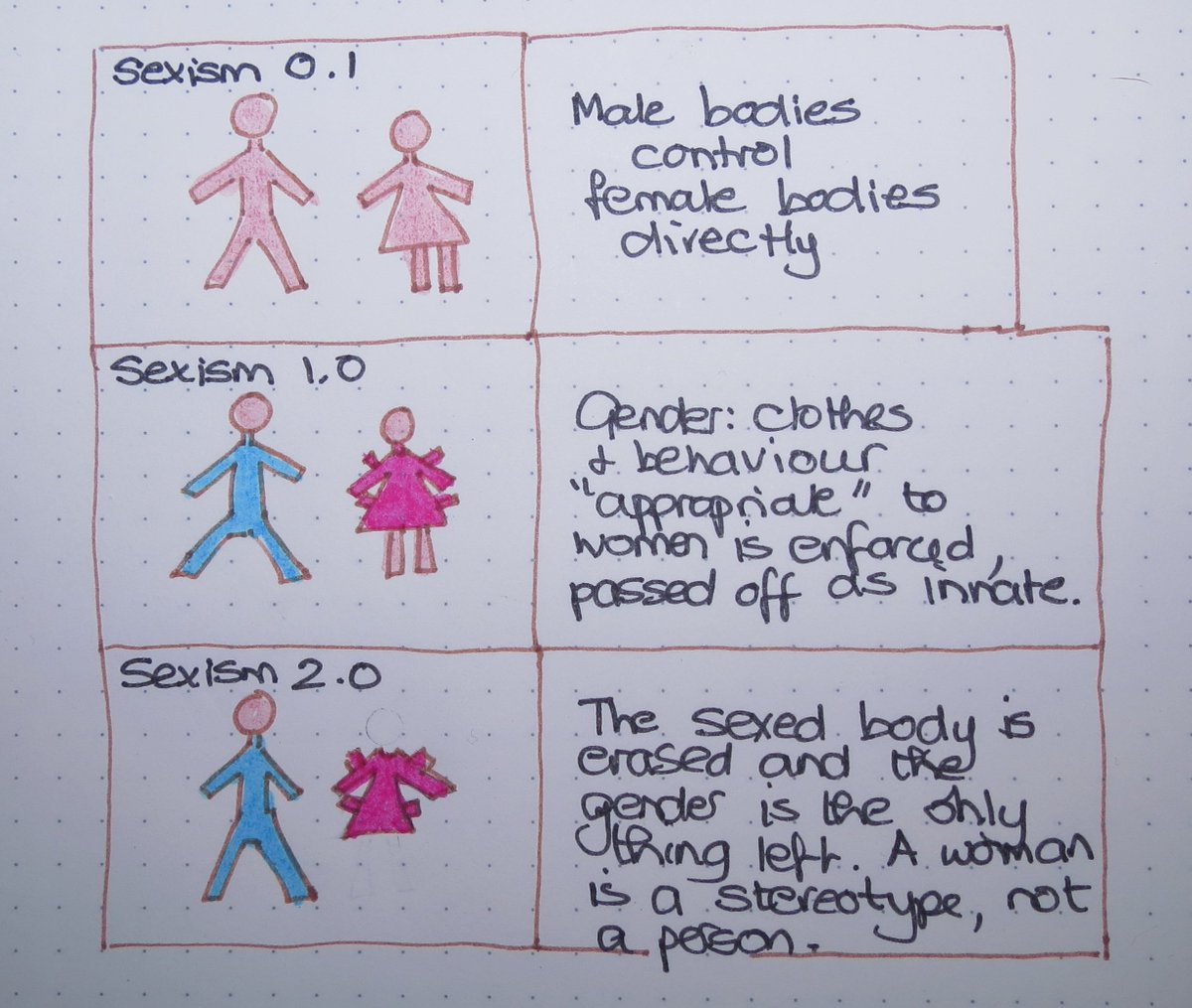