The furore over these stickers is remarkable. Are women allowed to express the belief that humans cannot change sex? (A scientifically supported belief, by the way). 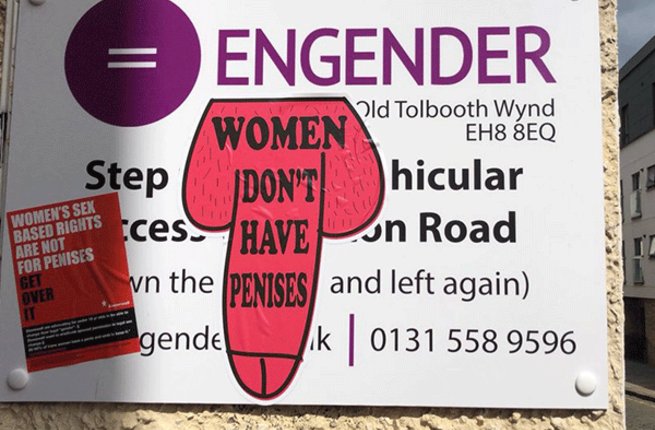 Are we allowed to say that women exist as a coherent group of people with a need for facilities that cater to our reproductive biology, and which protect us from potential male assault?

Are we allowed to define ourselves, to say where women’s boundaries are? Are we allowed to say ‘No’, and to insist that our ‘No’ is respected? Or must we allow ourselves to be colonised by any group of males who feels like it?

Are we allowed a name, a category, for ourselves? We are the class of people who reproduce the species. ARE WE ALLOWED A NAME?? Or is even the word we use to refer to adult human females up for grabs if men want it? 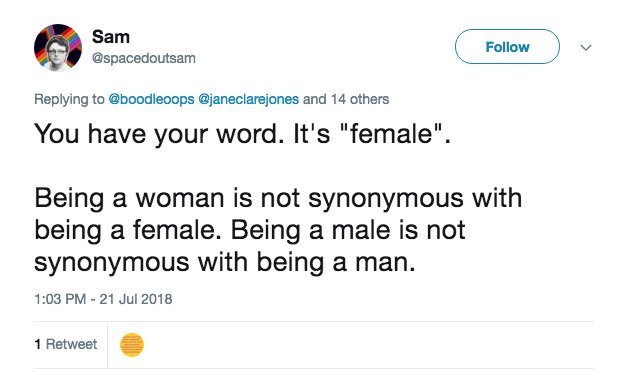 Changing the definition of ‘woman’ to a gender identity erases us as a sex class, and undoes all the gains of feminism since suffrage. It is extreme misogyny, and it is not necessary for the ensuring of trans people’s rights. Oppose it with everything you have.