I really think we should, and worldwide. Why are we still struggling for a pitiful level of inclusion in a state system deliberately set up to exclude us from public life?

I really think we should, and worldwide. Why are we still struggling for a pitiful level of inclusion in a state system deliberately set up to exclude us from public life?

So we start a party. Perhaps we even win an election. Next time round another gang of misogynist thugs get in and they undo our gains. And we’re back to square one.

If the current shitshow has taught me anything, it’s that this *system* is incapable of giving women real equality, which means an equitable recognition of our differences and not just de jure equality.

I keep referring to Carole Pateman’s The Sexual Contract. It’s a dense read but the point is crucial. The so-called social contract granting men ‘property in the person’ in exchange for ceding authority to the state DID NOT INCLUDE WOMEN.

In fact *ownership of a woman* was granted to men as part of the reward for submitting to the state, and women have thus
a) had no say in the formation of state institutions, and
b) had men’s rights to our bodies legislated without our consent.
https://t.co/DqLZ99m0Sk 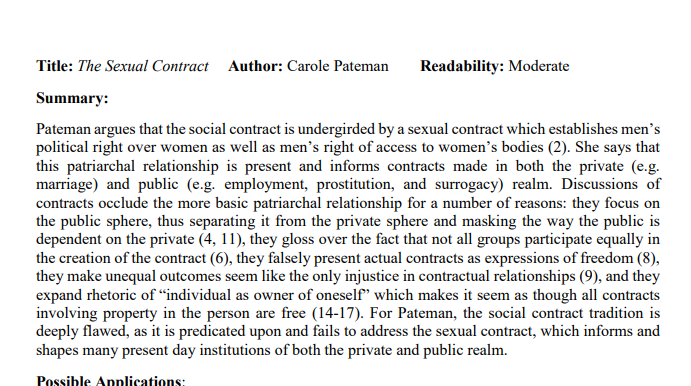 That this is true should be clear from the way we’ve had to fight and scratch and scrape out space for everything – the vote, the right to own property, to work, to be educated, contraception, abortion, our own spaces, sports and representation.

Catharine MacKinnon notes that women’s subordination is universal, that it’s NGOs influencing *international* law who have done the most to highlight the treatment of women as a human rights violation, and that state’s legitimacy is thus questionable, although unquestioned. 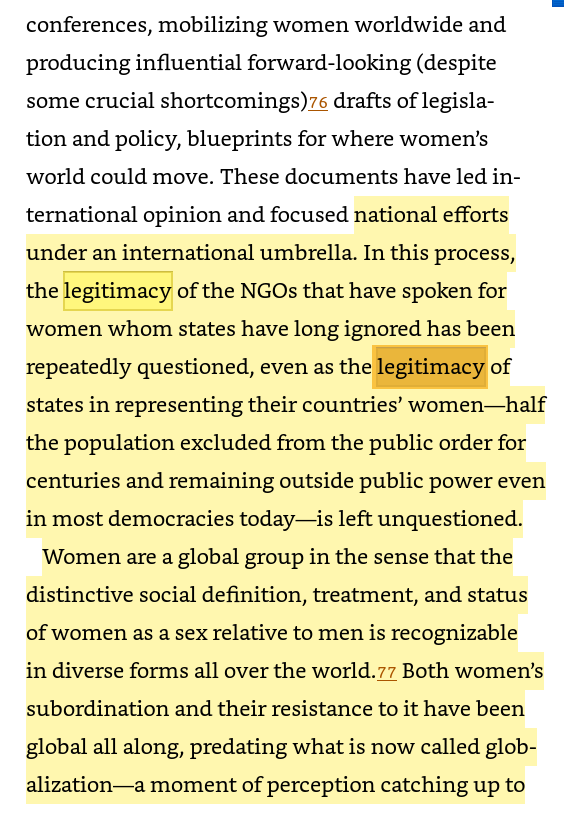 What possible justification is there for demanding that we recognise such states? Instead we should set out what we want in the *constitution* of any state which wishes to include women, and recognise only those states which do so.

We are under no obligation even to pay lip service to a state which does not include us in its social contract. And that is much, much more than giving us a vote and expecting us to negotiate the patriarchy and tolerate its misogyny.