This quote is from Catharine McKinnon’s ‘Are Women Human?’

The whole world is organised to keep women as the property of men, ie along ape mate-guarding lines, while the males squabble for territory. They will keep doing this until we fall off an ecological cliff. 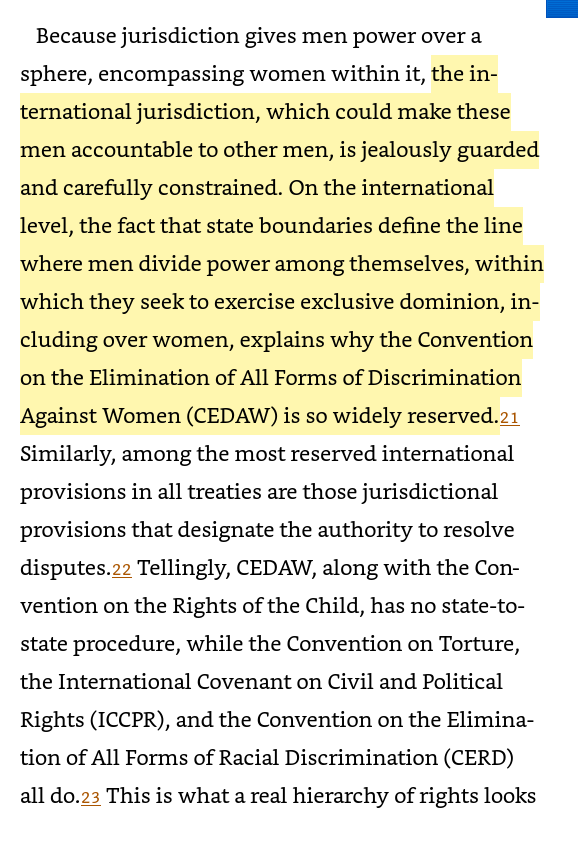 Feminism that thinks men are going to change for the better is doomed. They can’t. In every generation a few will get it, and millions more will go the male-dominant misogynist route, because that is the path of least resistance for them.

This is essentialist. Too bad.

This is why we’re doing the work of Sisyphus, constantly struggling, always being pushed back. Transactivism is just the latest patriarchal power play to remove rights and freedoms from us, but it’s the same impulse that animated the biblical prophets.

Deut 12:3 “Break down their altars, smash their sacred stones and burn their Asherah poles in the fire; cut down the idols of their gods and wipe out their names from those places.”

Because the male (god) must be supreme.

Genderists: “Women are a social construction, a passive, submissive identity which anyone can take on.
Anyone who objects is a terf bigot who gets cancelled”

Because the male must be supreme, and the male’s definition of woman must be granted orthodoxy.

Male belief systems are constructed to rationalise their need to dominate women and control reproduction. Whether women are being told to be silent in church or being cancelled by the Woke, the impulse is the same.

(Interestingly, in The Coming of Neo-Feudalism, Joel Kotkin referred to modern ‘left’ ideologues as ‘the Clerisy’. It’s a very appropriate term. We are watching the formation of an autocratic, exceptionally anti-woman religion.)

Male violence against women is tolerated, considered private and made unmentionable so that males can keep their illusions of civilisation, of being special, made in the image of god, or an extraordinarily evolved species.

They must not be forced to face the barbarism of keeping half the population enslaved and in terror. And if they do see it, in almost every case the impulse to dominate is stronger, so they rationalise.

“She was asking for it.”

Hence the impulse to control what we think. Men want to believe that they are good. They often manage to be ethical wrt other men while compartmentalising their treatment of women. So women *must* go along with this. It *must* be what we want.

“What would happen if one woman told the truth about her life? / The world would split open.”
– Muriel Rukeyser

Younger women think they have some freedoms, that feminism has ‘won’, because they haven’t lived long enough to see that we are in a massive backlash against the 2nd Wave, and because many of them have not had children yet, have not realised what society’s real demand of them is.

And they are taught a version of ‘feminism’ which is no such thing, but a colonised farce which throws them enough crumbs to ensure their compliance.

This is all very depressing and disheartening, as Andrea Dworkin knew well.

But we have to face it. Our entire social structure, and that of civilisations around the world, is based on institutional misogyny and male dominance, and men are not going to change this. Men are currently trying to remove the few freedoms we have.

We make gains in one area and they attack us in another. We are always fighting, always on the back foot, always being made to justify our existence. This is no way to live. ‘Equality’ is a pipe-dream in a system like this. No wonder we’re exhausted.

Any route out of this will be both radical in the extreme, as it requires changing/destroying fundamental social structures which amplify male dominance, and crucial for our ability to negotiate climate change.

And we have an absolute right to do it. Patriarchy is evil. It needs to be ended.

““For every thousand hacking at the leaves of evil, there is one striking at the root.” – Thoreau

Strike against the root. Start with the most radical of radical 2nd wavers, and go from there.